Operations and teaching are online. Current and prospective students: please visit our COVID-19 Updates pages. Faculty and staff are available via email.
Submitted on June 17, 2016 - 3:59pm 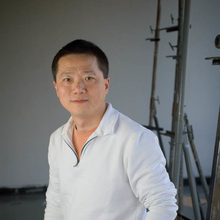 In January 2016, Painting + Drawing Professor Zhi Lin was awarded a University of Washington Royalty Research Fund Scholar grant to support his project titled “In Search of Lost History in the 19th Century: Chinese American in Puget Sound.” He spent portions of spring quarter traveling to specific venues of historical riots against Chinese where he created on-site studies. These locations are found in Black Diamond, Coal Creek, Newcastle, Renton, Tacoma, and Seattle.

Based on the field studies, he will produce a series of large-scale, multimedia installations and paintings in which he examines this bitter local history of ethnic cleansing. These works will be featured in a solo exhibition at the Tacoma Art Museum from June to November 2017. The museum recently announced a significant NEA grant that will support this show. A full-color catalog and educational events will accompany the exhibition.