Operations and teaching are online. Current and prospective students: please visit our COVID-19 Updates pages. Faculty and staff are available via email.
Submitted on July 11, 2019 - 3:41pm 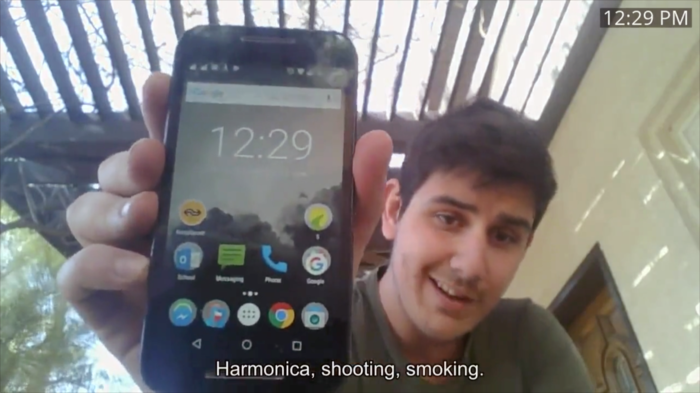 "I'm not a robot." Check. Now click on all the boxes with traffic lights, pedestrian crossings, or shop fronts to prove it, while your answers help train an algorithm for a self-driving car. Unlike the Turing Test, which asks computers to convince us they are human, today, humans are perpetually asked to convince computers that they are not robots. The specter of full automation has finally arrived. In 2013, Amazon patented a design for a mobile "worker cage" that would protect warehouse employees from hazardous encounters with their robot colleagues. Five years later, they disabled the "laugh" command for Alexa, Amazon's virtual assistant, after a series of troubling incidents. Meanwhile, over six million songs currently posted by users on Spotify have never been played by a human listener, and half a million people perform "Human Intelligence Tasks" on Amazon's Mechanical Turk crowdworker platform. What remains for us — and who does "us" include? Exercises in Passivity is an exhibition of new work by James Coupe that asks what makes us human in a post-AI society by examining the impact of automation on labor, affect, empathy, and instrumentalization.

James Coupe is a Seattle-based artist who makes work with new technologies and media platforms, including real-time public surveillance systems, live social media content, and, most recently, a global workforce of micro-laborers. Coupe's most recent work considers the impact of Big Data, automation and AI on the human condition by exploring the aesthetic value of searches and queries, immaterial labor, algorithmic narrative, and surplus information. Coupe has been the recipient of awards from Creative Capital, HeK Basel, and the Surveillance Studies Network and has exhibited at venues including ZKM, FACT, the Prix Ars Electronica, and the Toronto International Film Festival/Museum of Contemporary Canadian Art. He is an Associate Professor at the University of Washington's Center for Digital Arts and Experimental Media (DXARTS).

This work was made possible by the support of the Center for Digital Arts and Experimental Media (DXARTS), University of Washington. This exhibition is supported in part by the 4Culture Tech Specific Program, by the Bergstrom Award for Art and Science, and the UW E-Science Institute. With special thanks to Eamon McQuaide.