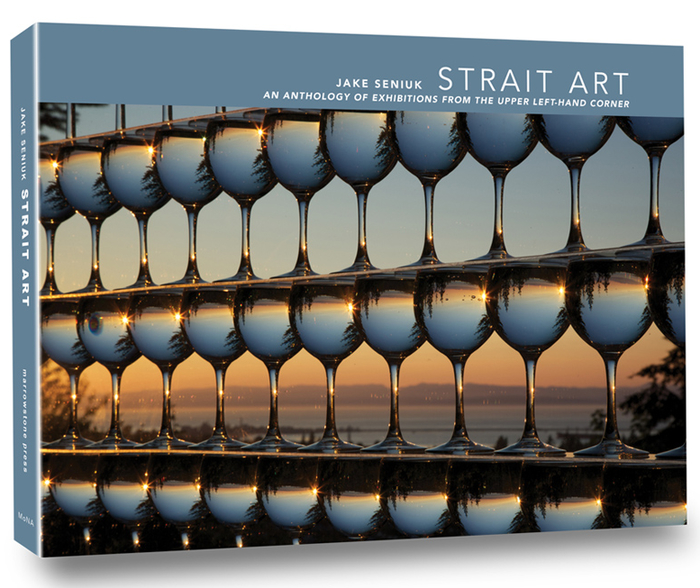 Jake Seniuk (MFA 1983) had a long career in the arts, but his biggest impact was as director-curator of the Port Angeles Fine Arts Center from 1989 to his retirement in 2012. He mounted more than 150 exhibitions and had made significant progress on a book of exhibition essays before his untimely passing in 2016. The project was picked up by his long-time partner, Donna James, and curator/writer/editor Kathleen Moles (a former staff member in the School). Earlier this year, the book was published by Marrowstone Press: Strait Art: An Anthology of Exhibitions from the Upper Left-Hand Corner. The launch took place on February 29 with a reading at the Museum of Northwest Art in La Conner; the museum has been the fiscal agent for the book project.

Among the more than 150 artists included in this well-illustrated book are a number who are School alums and/or faculty. The list is below; let us know if we have missed someone.

There are plans for readings at the Jefferson Museum of Art and History in Port Townsend on June 6 as well as Peninsula College and Port Angeles Fine Arts Center in Port Angeles on November 5. To keep informed of these events and others, ask to be added to the email list.

The book is available for purchase at the Museum of Northwest Art store and any of the readings. You can also request an order form if you don't want to wait (cost is $60 plus tax and shipping).