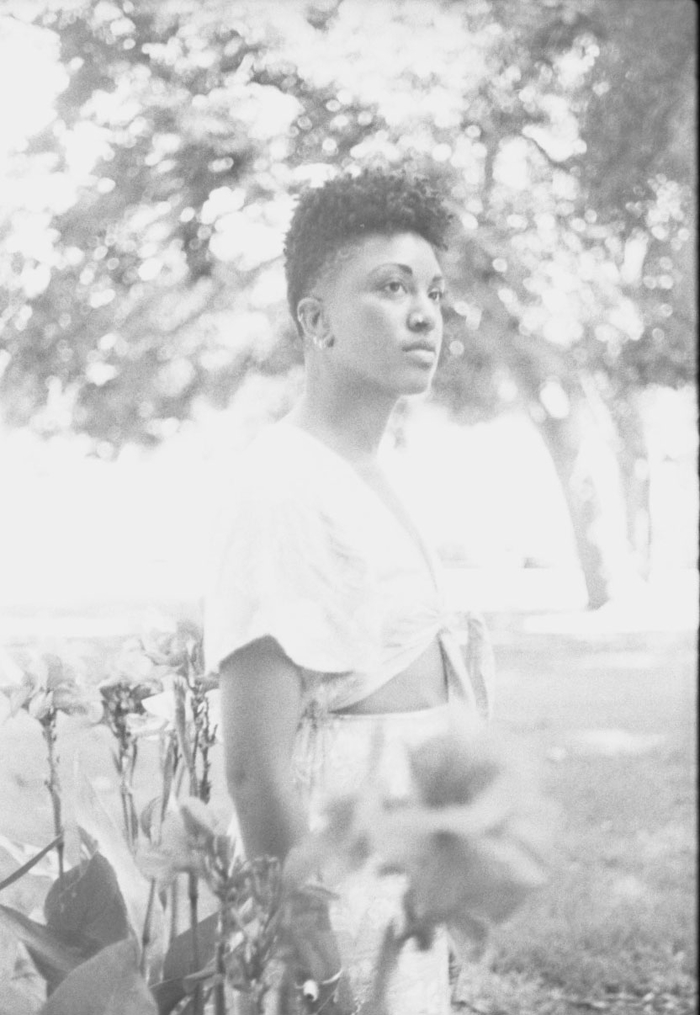 The Jacob Lawrence Gallery and Wa Na Wari are thrilled to announce that Lauren Williams will be the 2022 Jacob Lawrence Legacy Resident. Williams, a designer, researcher, and educator based in Detroit, will be in residence at the Jacob Lawrence Gallery during the month of January 2022, and will present a new body of work, created in collaboration with Malcolm Cunningham. Drawing on Christina Sharpe’s In the Wake: On Blackness and Being, this new work will question how we might cut through the pervasiveness of oppressive systems like slavery, policing, and capitalism, what’s left in their wake, and what it means to accompany those moments of disturbance.

The 2022 Jacob Lawrence Legacy Residency is produced in partnership with Wa Na Wari, who will host Williams during her residency, and will present an exhibition by Williams in April 2022.

Lauren Williams (she/her) is a Detroit-based designer, researcher, and educator. She works with visual and interactive media to understand, critique, and reimagine the ways social and economic systems distribute and exercise power.

Through her creative practice and research, she often investigates Blackness, identity, bodiliness, and social fictions to examine how racialized power, especially, is felt, embodied, and embedded into institutions. Themes of trust and the transformations enabled by social engagement shape both her orientation to relationships as media and method — often working through collaboration, facilitation, and collective production — and the questions she examines surrounding power and oppression, social relations, and social movements. Lauren has taught design + interdisciplinary studios and intensives at the College for Creative Studies, ArtCenter College of Design, CalArts, and elsewhere. In the past, she has managed programs and policy aimed at cultivating economic justice at Prosperity Now in Washington, DC. Going forward, she's finding ways to align her capacities with revolutionary movements that build toward different socioeconomic systems entirely and usher in new dimensions of power and freedom altogether.

Sited in a fifth-generation, Black-owned home, Wa Na Wari is an immersive community art project that reclaims Black cultural space and makes a statement about the importance of Black land ownership in gentrified communities. Our mission is to create space for ​Black ownership, possibility, and belonging ​through art, historic preservation, and connection. Referred to as a "container for Black joy,” Wa Na Wari incubates and amplifies Black art and belonging while providing a safe space for organizing and movement building. By renting a house from a vulnerable Black homeowner, and giving that space back to the Black community, Wa Na Wari is an active model for how Black art and culture can combat gentrification and displacement.