Operations and teaching are online. Current and prospective students: please visit our COVID-19 Updates pages. Faculty and staff are available via email.
Submitted on February 1, 2012 - 3:00pm 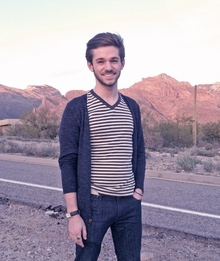 Levi Higgs is an honors student and a student leader in the School of Art. How did a young man who grew up in Wyoming come to the University of Washington to study art history and discover his true passion while in Rome?

Like many children, Higgs collected objects. His choice of what to collect was shaped by his hometown’s many antique malls and stores. Early on, he became fascinated with the decorative arts. He says, “I have always valued decorative objects as items with very specific and special value that can be completely individualized yet simultaneously able to communicate broad historical themes.”

Coming from a small city of less than 20,000 people, Higgs found Seattle appealing—it was big but not too big. He was also charmed by the beauty of the University of Washington campus. Because of his academic performance in high school, Higgs was accepted directly into the UW Honors Program, and he began taking classes in the Art History program as a freshman. Like all undergraduates majoring in Art History, he has taken classes covering a variety of cultures, periods, and topics. Unlike most majors, as both an interdisciplinary and departmental honors student he must also attend at least one graduate seminar and write two research papers of twenty pages or more. On 01 March 2012, he will be participating in the Art History Honors Student Research Presentations, using research he completed for a seminar paper on Victorian era jewelry. He considers the departmental honors option to be “a wonderful way to get a taste of what further graduate study could be like and to broaden one’s intellectual abilities in a setting that is very supportive throughout the process.” 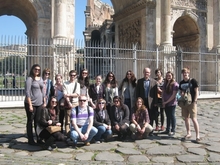 Professor Susan Casteras, whose research areas include Victorian art, has become a mentor for Higgs. He says, “From the first time I sat down to talk with her about my interests, she has been nothing but helpful and supportive.” Her support has included writing letters of recommendation, steering him “in the direction of great internship opportunities,” and teaching classes that he has “always thoroughly enjoyed.”

Higgs also found the Art History Seminar in Rome, co-taught by Associate Professors Estelle Lingo and Stuart Lingo during Spring Quarter 2011, to be “nothing short of perfect.” He said, “Our lectures and discussions held in ancient sites and cathedrals often spilled over into our group lunch conversations, always tying Renaissance or Baroque ideologies to current Italian culture.” One of the truly transformational experiences for Higgs in Rome was an exhibition of Fabergé eggs at the Vatican Museums. It made him realize that his interest in decorative arts was really an interest in the use of gems (precious and semi-precious stones) in the creation of beautiful objects. He now works at Alexandria Rossoff Jewels and Rare Finds as a way to expand his knowledge in this area. 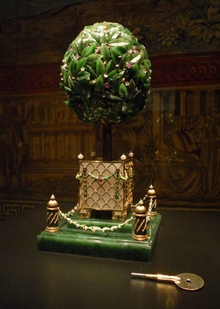 While Higgs has gained much from his time in the School of Art, he has also made a significant contribution by establishing the Undergraduate Art History Society (UAHS). This is an officially registered student organization at the University of Washington that he founded “with the goal of cultivating connectivity between students majoring in art history, the School of Art at large, the campus-wide arts community, and successful professionals in the field. As a group for students and by students, we build awareness of practical applications of an art history degree, as well as information regarding next steps like relevant internships, graduate schools, and possible careers in the arts.” Higgs was designated as a 2011-2012 Mary Gates Leadership Scholar in recognition of his work with this group. He hopes that the UAHS continues after his graduation in June, and he believes that is likely because of interest from younger students and support from staff members like Kris Anderson, Director of the Jacob Lawrence Gallery. Higgs works in the gallery and is also giving back to the School of Art by becoming one of the first student members of the Advisory Board, which he considers to be a great honor.

Research is something Higgs has learned to do well while in the Art History program, and he has applied those research skills to investigating graduate school options. Planning to continue his study of gems and decorative arts, and wanting to do that in New York City with its fabulous museum collections, he is applying to three programs: the History of Decorative Arts and Design master’s degree program at Parsons The New School for Design, Sotheby’s Institute of Art, and Christie’s Education. His ultimate goal is to work in the field of historical jewelry appraisal and connoisseurship.

The School of Art wishes Levi Higgs much success in graduate school and beyond.