A Love of American Art 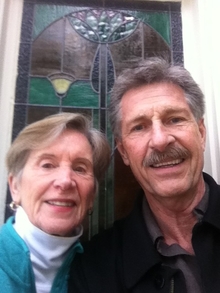 On 30 April 2013, the Division of Art History will host a lecture by noted scholar Eleanor Jones Harvey, Senior Curator at the Smithsonian American Art Museum. This event is made possible by Allan and Mary Kollar, whose shared love of art and literature dates back to their meeting as Bothell High School teachers in 1970.

Allan grew up in Tacoma and received a BFA in art at Pacific Lutheran University while also on the basketball team. Mary was raised in the Midwest and East, but she completed high school in Seattle after her family moved here. The UW was her obvious choice for college. She received a BA in Education, specializing in English, and her teaching certificate. After a few years teaching in the East, she returned to Seattle and joined the staff at Bothell High School, where she met the new art teacher and basketball coach, Allan. On their first date, they visited the Seattle Art Museum. Allan and Mary realized over time that their backgrounds in art and literature complemented each other well; they were married three years later.

Both completed graduate degrees at the UW while continuing to teach. Allan went first and obtained an MFA in printmaking, but he also did a lot of painting. The work he submitted for the thesis exhibition was six prints and six paintings. Because of his teaching schedule, he attended UW classes in spring, summer, and autumn. That exposed him to the permanent faculty as well as the visiting instructors that are more common in the summer. Mary then returned to the UW to obtain an MA for Teachers, again specializing in English. She also participated in the recently created Puget Sound Writing Project, which trains teachers to be better writers and teachers of writing. She regularly combined those skills with the love of art that she had learned from Allan by taking groups of students to the Seattle Art Museum and the Henry Art Gallery where they would write about the art they viewed there.

In 1977, Allan and Mary visited an exhibition at the Seattle Art Museum that featured American art created in the first half of the 20th-century from the collections of the Whitney Museum in New York. This was when they first fully realized how much good art had been produced in the United States, and they decided to focus their interests on American art from the late 19th and early 20th centuries. Over time, Allan started collecting in this area for them as well as for friends and acquaintances. He eventually partnered with Sam Davidson (currently owner of Davidson Galleries) to open a gallery, and, in 1981, they held the first major Pacific Northwest exhibition of 19th- and 20th-century American paintings for sale. Allan decided to leave high school teaching in 1988 to focus on his work as an art dealer; he still considers himself a teacher, but now his students are collectors. A.J. Kollar Fine Paintings was born in the early 1990s as a partnership between Allan and their daughter Colleen Kollar Zorn. Mary did not leave teaching in the Northshore School District until 1992, when she became co-director of the Early Entrance Program at the UW (now part of the Robinson Center). She retired from there in 1997, but she continues her Seattle campus connection by being a member of the College of Arts & Sciences Board and representing the College on the UW Foundation Board.

While Allan and Mary had been financial supporters of the UW for many years, they decided to start building something more significant in the arts in the early 2000s. They first created the Allan and Mary Kollar Endowed Fellowship fund, which is designated to provide financial assistance for graduate students in either English or Art History, with preference given to those students who will study both American literature and American Art History simultaneously. Of the dozen graduate students who have received support from this fund, half have been from the Division of Art History. The money can be a boon to dissertation work. Melanie Enderle, who completed her PhD in 2012 and now works at the Seattle Art Museum, was able to travel to Washington, DC, and New York City to do research for her dissertation, titled “The Canvas as Stage: The Spectacle of the American Theater ca. 1895 – ca. 1940.” Marvin Anderson, a PhD candidate, used his Kollar funds to spend six weeks at the Van Alen Institute archives in New York City. This institute is the successor organization to the Society of Beaux-Arts Architects, which is the subject of his dissertation, and the archives were an untouched treasure trove. He was able to sort and catalog approximately fifty boxes of material, aiding his own research and also benefiting the organization and future researchers. Lauren Palmor, the current recipient of Kollar funds recently shared her experience of the added benefit of Kollar support: 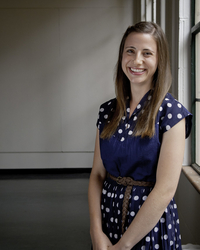 “The most valuable thing about the fellowship is the personal connection with Allan and Mary. They show a genuine interest in my work, and Allan has been especially kind in sharing his time with me. They regularly open their home to students who are interested in their collection, and I’ve had fruitful conversations with them about my ideas. Allan recently invited me to come by to see a print that seemed relevant to my research, and he was generous enough to then sit with me over a cup of tea to have a discussion about my project and my goals. They not only demonstrate support financially, they also share their time and experience. I look forward to continuing our conversations beyond the terms of the fellowship, and I always leave their home with new ideas and perspectives.”

Palmor’s sentiments are echoed by Kimberly Hereford, a past recipient of fellowship funds. She says of the Kollars: “They have become very important to me, and I admire their dedication to American art and the University; they are truly special individuals.”

The second fund that Allan and Mary have created is the American Art History Endowed Professorship. This fund has been used to bring in a series of American art scholars and curators from around the country, which supplements the classes incorporating American art that Professor Susan Casteras is able to teach. Eight speakers have been supported so far, and, as mentioned earlier, the ninth will be here in two months. The Kollars are particularly excited about hearing the lecture by Eleanor Jones Harvey. They have known her for many years, and they consider her one of the top five curators in this field. We hope that you will join us for that lecture.

American Art Lecture – Eleanor Jones Harvey
Room 192, Paccar Hall
Wednesday, 30 April 2014, 7pm
This event is free and open to all, but we are asking people to RSVP using the Register button at this page. Seating priority will be given to those who RSVP.