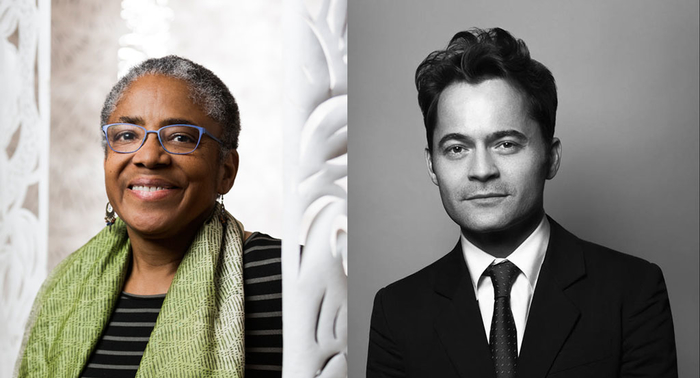 Join us for a discussion led by Barbara Earl Thomas and Fionn Meade on the structure of non-profit art institutions centered on exhibition-making. The talk will examine the process of building non-profit institutions — including scaling, staffing, infrastructures, and budgets — through examples of varying scales of institutions such as the Northwest American Art Museum (NAAM) in Seattle, Sculpture Center in New York, Savannah College of Art and Design in Savannah, and the Walker Art Center in Minneapolis. Looking at the historical roots of non-profit art organizations, the discussion will focus on the ways in which an organization’s capacity is defined through its architectural, human, and budgetary infrastructures. Throughout, non-profit institutional structures will be interrogated for their ability to adapt alongside artistic practices and their long-term sustainability.

A Seattle-based artist, award-winning writer, and arts administrator. With a career that spans more than 30 years, her works are included in, among others, the Seattle Art Museum, the Tacoma Art Museum, Microsoft, plus Washington State and Seattle City public collections. She is the recipient of the City of Seattle Mayor’s Arts Award for Cultural Ambassador, the Artist Trust Irving and Yvonne Twining Humber Award, and the The Stranger Genius Award for excellence in the arts. Thomas a is a sought-after speaker on arts and culture as well as a social and cultural activist who was instrumental in the creation of the Northwest African American Museum, where she served as its executive director from 2008 to 2012. She received her BA and MFA from the University of Washington School of Art.

A curator, writer, and thinker. He has served as Artistic Director (2015–2017) and Senior Curator, Cross-Disciplinary Platforms (2014–2015), at The Walker Art Center, where he headed the Visual Arts Department. He has also been a faculty member at the Center for Curatorial Studies, Bard College (2009–2014), and in the MFA program for Visual Arts, Columbia University (2009–2014). Meade holds a MFA in Poetry from Columbia University (1999) and an MA in Curatorial Studies from CCS Bard (2009). He has previously been a curator at the Henry Art Gallery, Seattle, WA, and at SculptureCenter, New York (2009–2012). He was the recipient of an Arts Writer Grant from Creative Capital (2009) and the Andy Warhol Foundation Curatorial Fellowship (Fall 2014). He has lectured internationally and been a visiting critic at Wiels Art Center Residency, Brussels; The Artist’s Institute, Hunter College; Prague Academy of Fine Arts, Czech Republic; Cornell University; and Yale University among others. Meade also served as the Director of Grant Programs at Artist Trust (2003–2006) and taught writing at Richard Hugo House (2001–2006) and the University of Washington (2000–2002).