The entire Art Building will be closed to all access from December 17 through January 2 due to electrical work.
For the latest pandemic updates, please visit our COVID-19 Updates pages.
Submitted on August 21, 2018 - 1:07pm 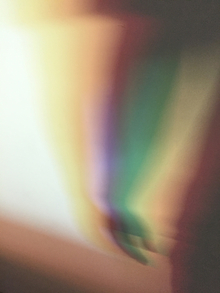 Études is a series of exhibitions named after the short form musical pieces, often for piano, focusing on the technical aspects of a particular technique. Études serves as a flexible platform for the exploration of methodology in contemporary art practices. The series of exhibitions at the Jacob Lawrence Gallery pays homage to Ligeti’s 18 études for piano, which were broken into three books, with the titles for each étude bringing poetic terms alongside technical ones.

10 Études for Summer: Second Year MFA Exhibition is organized by Emily Zimmerman, Director of the Jacob Lawrence Gallery. The exhibition will be featured on Facebook and Instagram using the hashtags #10Etudes #JacobLawrenceGallery.

Calimpong grew up the son of two makers in a house surrounded by handmade objects. Since an early age, he has been fascinated with the manipulation of materials to craft objects. This fascination has manifested itself in various mediums and processes over the course of his life and remains a driving force behind his studio practice. Calimpong graduated with a degree in Interdisciplinary Computing in the Arts and Music from the University of California San Diego before moving to Seattle and becoming involved in the thriving glass community. He has spent the past decade in Seattle working as an artist assistant, a fabricator, and maintaining an independent studio practice. He is currently an MFA candidate in 3D4M (Sculpture) at the University of Washington.

Copper is a two-dimensional artist currently living in Seattle, WA. She has a Bachelor of Science from The College of William & Mary, where she studied biology and environmental science. She is currently an MFA candidate in the Painting + Drawing program at the University of Washington. In 2017, she received a grant from the Elizabeth Greenshields Foundation for her work in representational painting. Working with a variety of 2d media, she is broadly interested in questioning art’s connection to the scientific narrative of progress and in exploring the connections and overlapping ecologies of the ‘natural’ environment and the human sphere.

Drapkin, originally from Midcoast Maine, received her BA in Studio Art and French from Brandeis University in 2012. She taught art classes at the Museum of Fine Arts in Boston and Artworks Fine Art Studio in San Francisco. She is currently pursuing her MFA in Painting + Drawing from the University of Washington. Abigail’s work reflects on her interactions with nature in both cities and rural settings through dream-like paintings and videos. Abigail has exhibited at SF Open Studios, SMASH Gallery, STUDIO Gallery, Spark Arts Gallery, and Avenue 12 Gallery in San Francisco as well as at the Sand Point Gallery and Salish Sea Ecosystem Conference in Seattle. In 2018, she was invited to participate in Tropical Lab 12, an artist residency in Singapore hosted by Lasalle College of the Arts, where she exhibited in Sense at the ICA Singapore.

Granger is theoretically an artist, not sensitive but definitely scared.

Liang was born in Guangzhou, China. He received bachelor degrees from Guangdong Medical University and Guangzhou Academy of Fine Arts, and he currently studies painting and drawing at the University of Washington. After graduating from medical university, he interned at a public health department then worked in a hospital, a catering company, an engineering company, and taught art. These experiences enriched his work: his hospital experience allowed him to reflect on life and death; the catering and engineering company brought him into close contact with the migrant workers who sought opportunities in large cities. Liang’s large-scale paintings reflect on these societal dynamics.

Lockwood is currently enrolled in the Photomedia MFA program at University of Washington.

Through her interdisciplinary sculptural practice, McCormick explores how human history has distorted our understanding of the present. Using experimental processes, her work transforms industrial materials and byproducts of process into art objects. Her work questions the authority of received belief and perceived value. By investigating the deep history of domestic objects and human constructs, McCormick’s research aims to gain insight into the function and place of humans in the Anthropocene. Beginning with understanding the planet's formation and human evolution, followed by the history of discovery and adaptation, her work wrestles with humans' changing identity in the earth's greater ecosystem. In examining topics such as our changing relationship with labor, effects of technology, compartmentalization of human knowledge, and inequity resulting from political and economic models, her work asks: “Is this who we are now?”

Stobbs holds a BFA from the Pacific Northwest College of Art and is currently pursuing his MFA at the University of Washington. Recent exhibitions include Tilted at Sleepy Hollow Fine Art (Portland, OR) and Ripe Not to Reason at inparadi.se. He will be presenting new work with The Orchards (Boring, OR) as part of Utopian Visions Art Fair in September. For 10 Études for Summer, Charles will be presenting an intermittent radio station Maître d’, a collaborative project operated with Neo Gibson (7038634357), a musician currently living in Brooklyn, NY. Previous works include XPETAL, released on Shanghai’s Genome 6.66 Mpb, and No Hate is A Cold Star, released with Unseelie.

Taibleson is contemplating the apocalypse and shadow-selves in this multi-media installation that doubles as a set for live musical performance. She graduated from the Northwest School in 2006, the Rhode Island School of Design in 2010, and has been based out of South and Central Seattle ever since.

Walden is a conceptual artist from Dallas, Texas, and he received two degrees from The University of Texas at Austin in Studio Art (BA) and Marketing (BBA). His work focuses on the social and spiritual constructs of religion, particularly Christianity, and its affect on the American political, social, and personal landscapes. The business acumen informs the examination of the relationship between religion, money, and business through the use of marketing strategy as a performative tool. Alongside performance, Connor utilizes sculpture, installation, social practice, collaboration, and other media to expand the examination into provocative experience.