Operations and teaching are online. Current and prospective students: please visit our COVID-19 Updates pages. Faculty and staff are available via email. If you are able, please support emergency funding for students.
Submitted on February 2, 2013 - 12:00am 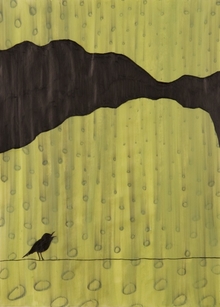 3D4M Professor Jamie Walker and Photomedia Instructional Technician Michael Van Horn (MFA 1987) are among the thirty-six Seattle artists that the museum commissioned to create new work responding to musical compositions based on James Joyce’s poetry book titled Chamber Music. This exhibition also documents the artists in the show. Among the participants are also one retired faculty member and multiple alumni. Below is a list of those people. If we have missed someone, please let us know.

The Frye Art Museum has planned a number of events related to this exhibition. The list can be seen by following the exhibition link above. At least two of the gallery talks involve alumni or retired faculty. There is also a lecture series titled “Then is Also Now: Toward a New History of Northwest Art.” Three of the five lectures include current or former School of Art people. The lectures involving current people will be listed separately on our calendar.