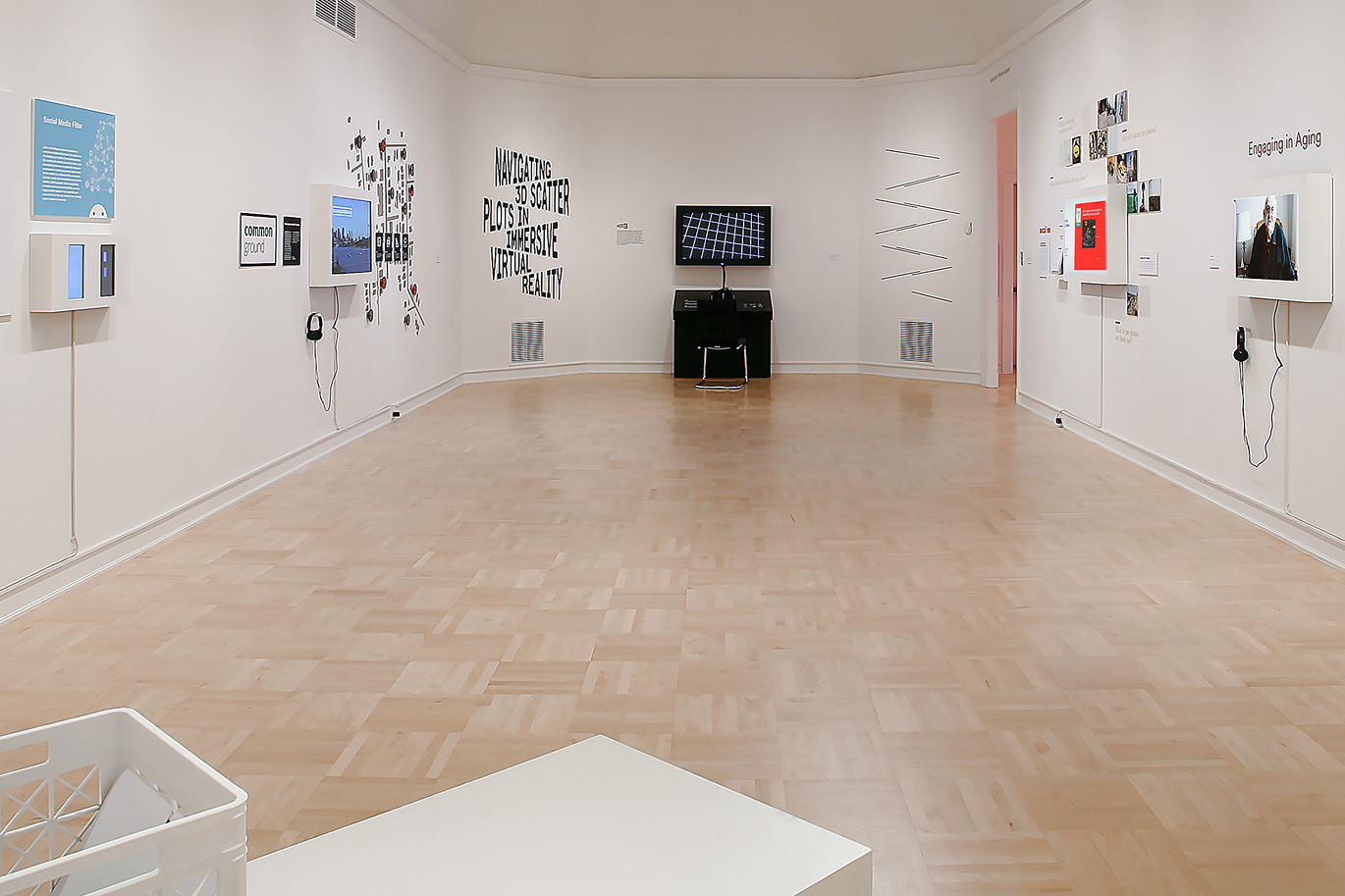 We look forward to safely returning to in-person instruction and activities this autumn quarter. Current and prospective students please visit our COVID-19 Updates pages.
Submitted on June 12, 2017 - 10:54am 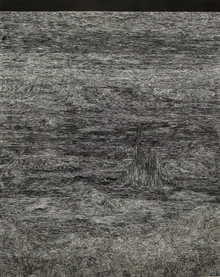 Untold Passage presents the work of artists recovering the unwritten histories of immigrant communities shown alongside the work of contemporary poets representing the unquantifiable aspects of those experiences. It takes up the politics of narrative that structure the representations of our world in words, the interface between visual arts and poetry, and the increased interest in historiography and recuperation of lost narratives.

The exhibition’s title holds a doubled meaning: untold, referring to that which is incalculable and unarticulated, and passage, pointing not only to the movement of bodies but also a fragment of text. Untold Passage features artists Zhi Lin, Mary Ann Peters, Rodrigo Valenzuela, and collaborative duo x y x as well as poets Stacey Tran + Becky Win (Gramma Poetry Press), Ocean Vuong, and Javier Zamora (Copper Canyon Press). The exhibition’s accompanying catalog is made possible with the support of Gramma Poetry Press.

In partnership with Deep Space, there is an online exhibition in conjunction with Untold Passage that offers individuals the opportunity to anonymously tell their story of immigration. The online exhibition is available beginning July 7 at www.deepspace.place.

Monument a Surface: A Studio Visit with Dan Paz

The Henry Art Gallery and the Jacob Lawrence Gallery have teamed up with Hugo House to offer a session of their popular Scribes Summer Writing Camps. On Mondays in August, scribes from the camp will take up residence in the Jacob Lawrence Gallery surrounded by Untold Passage. The program offers youth the opportunity to learn from mentors, draw inspiration from the exhibitions on view, and present their work in a public reading. Learn more.

Peters is an artist whose combined studio work, installations, public art projects, and arts activism have made noted contributions to the Northwest and nationally for over 30 years. Most recently, her work has focused on the overlap of contemporary events with splintered histories in the Middle East. Her awards include the 2015 Stranger Genius Award in Visual Art, a 2013 Art Matters Foundation research grant, the MacDowell Colony Pollock Krasner Fellowship (2011), the Civita Institute Fellowship (2004), and the Behnke Foundation Neddy Award in Painting (2000). She is a founder of CoCA (Center on Contemporary Art), a recipient of the Artist Trust Leadership and Arts Award, and a former board member and board president of NCFE (National Campaign for Freedom of Expression), the seminal group who defended artist rights and the First Amendment during the Helms era. She lives and works in Seattle, Washington.

In 2003, post-9/11, x y x met through a community of queer friends in the United States. In 2005, x asked x to marry. In 2006, x received a Green Card which enabled x to stay in the United States until becoming a dual citizen in 2016. They have exhibited nationally and internationally as individual artists; this is the first time x y x are collaborating.

Lin received both undergraduate and graduate education at the China Academy of Arts. He furthered his graduate studies at the Slade School of Fine Art in England and the University of Delaware in the Unites States. He was a graduate fellow at the University of London's Slade School in 1989 when the violent suppression of student demonstrations at Tiananmen Square in Beijing convinced him to change his artistic direction. Since that time, his work has been a visual exploration of the patterns of violence, intolerance, injustice, and complicity in public behavior. He has had over 30 solo shows and has participated in more than 140 group exhibitions on both sides of the Atlantic and in China. His works are included in many museum collections in the United States, Great Britain, and China, notably the Princeton University Art Museum, the Frye Art Museum, the Oxford University Ashmolean Museum of Art and Archaeology. He has been a recipient of many prestigious national, international, and academic awards, grants, fellowships, and recognitions. Currently he holds an appointment as Professor of Painting + Drawing at the UW School of Art + Art History + Design, and he is affiliated faculty at the China Studies Program, UW Jackson School of International Studies.

Tran is a writer based in Portland, Oregon. She is the author of the chapbook, Fake Haiku (Wendy's Subway, 2017). Tran's writing has been published recently in diaCRITICS, Jubilat, and Pinwheel. She is the founder/host of Tender Table, a storytelling series about food, family, identity, and a platform for voices of women of color and gender non-conforming people of color living in the Pacific Northwest. Tran has collaborated with Roland Dahwen Wu and Jonathan Raissi on a 30-minute film, Haft-Seen, a collective visual poem and love letter to the artists' immigrant parents. Her first full-length book, Soap for the Dogs, will be published by Gramma in 2018. A hybrid of memoir, fake formalisms, and abstract recipes recalled by memory, Soap for the Dogs is dedicated to Tran's parents.

Win is a poet and performance artist living in Portland, Oregon. She is a contributing editor for Gramma Poetry and a collaborating artist with Eyedrop VR.

Vuong is a poet and essayist originally from Vietnam and now living in Massachussets. He authored the best-selling Night Sky with Exit Wounds, winner of the Whiting Award and Thom Gunn Award; finalist for Forward Prize for Best First Collection, the Kate Tufts Discovery Award, and the Lamda Literary Prize; and named by the New York Times as a Top 10 Book of 2016. His writings have been featured in The Atlantic, The Nation, New Republic, The New Yorker, The New York Times, The Village Voice, and American Poetry Review, which awarded him the Stanley Kunitz Prize for Younger Poets.

Zamora is a poet from El Salvador who immigrated to the United States at age nine. He is a 2016-2018 Wallace Stegner Fellow at Stanford University. Zamora’s chapbook Nueve Años Inmigrantes/Nine Immigrant Years won the 2011 Organic Weapon Arts Contest, and his first poetry collection, Unaccompanied, is forthcoming (Copper Canyon Press, fall 2017). His poetry was featured in Best New Poets 2013 and has appeared in American Poetry Review, Ploughshares, Poetry magazine, Kenyon Review, and New Republic. In 2016 he recieved a Barnes and Noble Writer for Writer’s Award and the Ruth Lilly and Dorothy Sargent Rosenberg Poetry Fellowship from the Poetry Foundation.