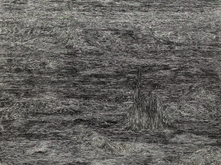 This Jacob Lawrence Gallery exhibition presents the work of artists recovering the unwritten histories of immigrant communities shown alongside the work of contemporary poets. Opens July 7 and runs through August 18. Read more

The School and Jacob Lawrence Gallery are pleased to announce a $20,000 grant from the Art Works program of the National Endowment for the Arts, which will support the Jacob Lawrence Legacy Residency. Read more 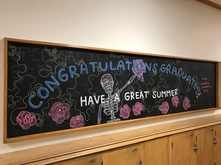 Ten students were recognized with awards at our Graduation Celebration on June 10. One of the students, Erin Giffin, also was the recipient of the Arts & Sciences 2017 Dean's Graduate Medal in the Arts. Read more 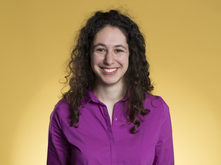 Many of our undergraduates do interesting and amazing things. Here are just a few examples of students and recent graduates furthering their education and experience in different ways. Read more 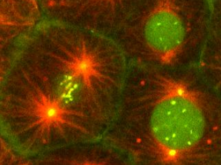 The UW Simpson Center for the Humanities recently announced its Spring 2017 Awards to support work during the 2017-2018 academic year. Three people from the School are involved in these projects. Read more 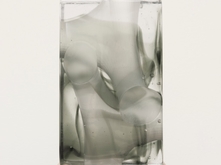 A dozen students, representing all three divisions of the School, participated in this year's symposium on May 19. There were oral presentations, a poster presentation, and the Visual Arts & Design Showcase. Read more

Photomedia Professor Aaron Flint Jamison was selected as one of five 2017 Hallie Ford Fellows in the Visual Arts. An exhibition at Pacific Northwest College of Art displays the work of the fellows. Read more.

Art History Assistant Professor Ivan Drpić learned on June 15 that he is joint winner of the 2017 Runciman Award. Read an interiew about his award-winning book.

Undergraduates Valerie Vogt and Tabea Schendekehl were part of the NCAA champion women's rowing team. Vogt just received her BFA in Photomedia, and Schendekehl is starting that same major.

Jenny Masuoka, who just earned her BFA in 3D4M: ceramics + glass + sculpture, is featured in the College of Arts & Sciences graduation video.

Lumen by Jenny Sabin Studio opens June 29 at MoMA PS1 in New York City and is on view through September 4. Read more in The Architect's Newspaper.

Katy Stone (MFA 1994) has a solo show in New York City at Ryan Lee Gallery that closes June 29. A video about her installation at Facebook offices in Seattle was recently posted.

Alum in Residence Anne Focke and some of her now-graduated interns created a short-term exhibition at the Jacob Lawrence Gallery last week plus there are now nearly a dozen podcasts in their AND_NOW? series. Read more.

W. Scott Trimble (MFA 2003) has been selected to create art integrated into a bicycle/pedestrian bridge as part of the Eastside Rail Corridor.

The Prographica/KDR solo exhibition by Kathy Liao (BA 2006, BFA 2008) was written up in Huffington Post and the International Examiner.

Design alum Steve Kaneko of Microsoft Design was interviewed for an article titled "Learning by Doing and Other Design Lessons."

Jonas Wood (MFA 2002) had a painting purchased by Leonardo DiCaprio at a charity auction in early May. Later that month, Sotheby's sold another of his paintings at a record price.

Barbara Johns (PhD 2014) published another book with UW Press in May; this one is titled The Hope of Another Spring: Takuichi Fujii, Artist and Wartime Witness.

Read about the work of Erin Murphy (BDes 2013) at NASA's Jet Propulsion Lab in an in-depth interview.

We were saddened to hear that Kent Lovelace (MFA 1979) passed away in mid-May. Read an obituary by gallerist Lisa Harris.

Read the summary of May news about alums that appeared in our social media.

More photos of the graduation exhibitions in the Jacob Lawrence Gallery have been added: Photomedia, Interdisciplinary Visual Arts, and Design.

We also have photos from our Graduation Celebration. There are some creative mortarboards included.

through Feb 18
Exhibition – Zhi LIN: In Search of the Lost History of Chinese Migrants and the Transcontinental Railroads
Tacoma Art Museum