We look forward to safely returning to in-person instruction and activities this autumn quarter. Current and prospective students please visit our COVID-19 Updates pages.
Submitted on December 21, 2020 - 10:56am 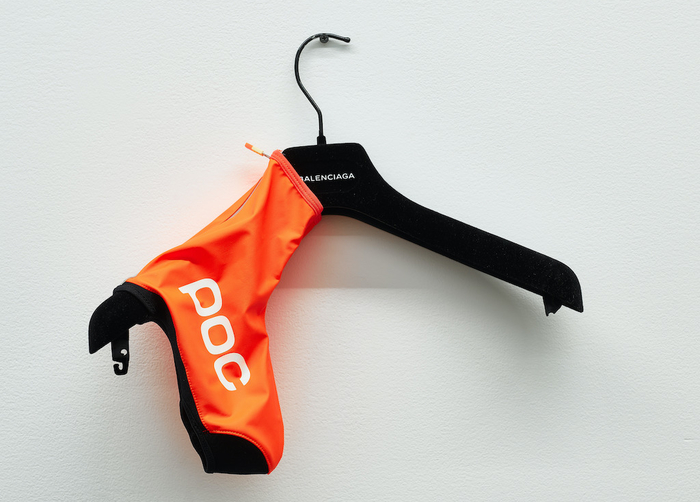 The 2021 Critical Issues Lecture Series takes place on Friday afternoons during winter quarter. It is organized by the School of Art + Art History + Design in collaboration with the Henry Art Gallery. The general public is invited to join degree-seeking individuals studying fine art in order to share ideas and raise questions about contemporary art. In addition to the public lectures, undergraduate and graduate students enrolled in ART 361/561 interface with the speakers in additional sessions.

Lectures are free and open to the public. They are held online via Zoom. Automatic Speech Recognition (ASR) will be enabled.

Dates link to the Zoom entry for each lecture. It is necessary to complete a brief registration form for the lectures in advance, but this is not required for the seminar discussions.

Name links go to speaker information farther down in this news post.

Note that all times are PST (Seattle time).

Skawennati makes art that addresses history, the future, and change from her perspective as an urban Kanien’kehá:ka woman and as a cyberpunk avatar. Her work has been widely presented in both group exhibitions and solo shows and is included in public and private collections, such as the National Gallery of Canada and the Musée d'art contemporain de Montréal. She was honoured to receive the 2019 Salt Spring National Art Prize Jurors’ Choice Award and a 2020 Smithsonian Artist Research Fellowship. She’s represented by ELLEPHANT.

Born in Kahnawà:ke Mohawk Territory, Skawennati holds a BFA from Concordia University in Montreal, where she resides. She is Co-Director of Aboriginal Territories in Cyberspace (AbTeC), a research-creation network. Their projects include the Skins workshops on Aboriginal Storytelling and Digital Media as well as the Initiative for Indigenous Futures (IIF).

Born in 1987 in Hai Duong, Vietnam, and moved to Germany at a young age, Sung Tieu is one among young Vietnamese diaspora artists in Europe whose family experienced the transition after the fall of Soviet Block and Berlin Wall in the late 1980s. Her practice explores the vast and evolving protection and control industries, still rooted in the logic of the Cold War, used to restrict and mould subjects in subsequently globalized capitalism. Informed by her own experience of cultural collision and displacement, her work critically investigates the art-historical legacies of late Modernism.

Using diverse artistic mediums ranging from installation, sound, video, text, sculpture, photography, performance to public interventions, her practice navigates the diasporic experiences of temporal slippage and spatial uncertainty. Within her exhibitions, a sense of dislocation is evoked through a combination of sonic, visual, and textual elements; at the same time, her extensive research on sonic weaponry and sound as medium accentuates the work, demystifying and highlighting their material mechanics. Although based in research, her exhibitions deliberately resist any singular discursive rendering, and instead give rise to layered narrative readings.

With Maria Nordman's ‘Fluiens Circulus' The Event Sculpture could be said to be at its zenith. The fifth of nine events making up the series, Nordman's highly idiosyncratic contribution marks the midpoint of The Event Sculpture. Unlike the previous four events, Nordman's is staged inside the Henry Moore Institute. Three of Nordman's ‘Standing Pictures' - slender boxes fitted with sliding glass panels that visitors can pull out to examine drawings contained within - were positioned in one of the galleries where the works from previous and future events first presented outside and surrounding the Institute will be displayed from February.

For Nordman, the opposition between the inside and the outside, the interior and the exterior, is hardly a meaningful one. Walls are not permanent. Sunlight penetrates and seeps into buildings. Perhaps this is why the artist is drawn to foyers in museums, preferring to work with them rather than gallery spaces. Foyers, such as the one at the Henry Moore Institute with its tall glass door, are in-between spaces that channel daylight. Today Nordman draws our attention to the soft wintry light that suffuses the low-stepped corridor leading up to the reception area, where a group of us gathers around 3pm, and bids us to commit this experience to memory. Later, after it gets dark in the mostly unlit gallery, she will ask us to summon up the memory of the sun, which she refers to as a ‘primordial presence.'

Memory forms the most basic and immediate record of Nordman's work - a precursor to Tino Sehgal's approach in this respect. The artist tells us about a five-minute sculptural event prompted by a chance encounter with a family in front of the Henry Moore Institute that morning. ‘Whisper' took place then and there, recorded only by those present, the people she happened to meet making the piece with her. It will subsist in their memory and spread by word of mouth. In contrast, sound recordings and photographic stills made according to the artist's specifications will document the event proper, scheduled to begin at 4pm. A firm believer in the virtues of improvisation, Nordman is not one to be constrained by a fixed schedule: this event began an hour before the scheduled start time. The event's temporal and spatial boundaries are equally diffuse. Our exchange on the threshold of the gallery spaces is already part of the sculpture we will soon be making and even ‘Whisper' arguably folds into its sphere.

More discursive and interactive than any of the previous events in the series, ‘Fluiens Circulus' (1988-present) interacts with its surroundings and not just people. But people, or ‘persons' as Nordman insists on calling them, are integral to the piece. ‘Persons' of all ages, young and old - yet again, the distinction is rendered meaningless - are in equal measure her ‘colleagues' and ‘collaborators'. ‘You are neither too young nor too old,' Nordman announces, and elaborates by saying that Richard Demarco, travelling for the event from Edinburgh especially, ‘is in his eighties, which is very young.'

Human age pales into insignificance when measured against that of stones or fossils. One of the three ‘Standing Pictures' holds what could pass for an abstract drawing: a black surface inscribed with delicate razor shell-shaped white motifs, ‘fusing in manifold directions', as Nordman puts it. Prompted by Nordman, one by one we offer tentative suggestions as to what this object might be: ‘print,' ‘fossil,' ‘charcoal,' ‘time,' ‘stone.' Fond of talking in riddles, the artist assures us that these answers are all correct, even if they contradict each other.

Nomenclature is what sets us apart from other beings. It introduces a hierarchical subject-object relation that is linguistic at its core. Nordman proposes to reverse this - though it is not entirely clear how. A perfect embodiment of her concept of ‘geo-aesthetics,' the picture in our midst is in fact 350 to 500 million years old. Sculpted by nature and time, it has come down to us from the Cambrian Age, before animals had eyes. Nordman leaves us to ponder that.

Hồng-Ân Trương uses photography, sound, video, and performance to examine histories of war and immigrant and refugee narratives through a decolonial framework. By interrogating archival materials, she examines the production of knowledge through structures of time and memory. Her interdisciplinary projects are premised on the concept that aesthetic battles are also political and ideological battles.

Her work has been shown at venues in the US and abroad including Center for Photography (NY), Nhà Sàn (Hanoi), the Irish Museum of Modern Art (Dublin, Ireland), and the Minneapolis Institute of Art (MN). Her collaborative work with Hương Ngô was exhibited in Being: New Photography 2018 at the Museum of Modern Art in New York. She was a 2019-2020 Guggenheim Foundation Fellow in Fine Art and was the Capp Street Project Artist-in-Residence at the Wattis Institute at the California College of the Arts in San Francisco in 2020.

Ariel René Jackson’s film-based multidisciplinary practice considers land and landscape as sites of internal representation. Themes of loss and transformation are embedded in their interest and application of sculpture, video, and performance by way of performative and sculptural acts, utilizing repurposed imagery or objects.

In rural Louisiana, Jackson’s familial farming legacy sustains her regard for rural landscapes. Generations of Black farmers have fostered Jackson’s sense of inheritance, witnessing oral testaments and patternistic rituals in light of economic, environmental, and societal challenges. Exploring concepts of how culture is learned, Jackson modifies familial and antique farming, household, and educational tools and furniture, considering each object’s purpose before translation to a writing utensil, size expansion, or embedment within topsoil.

Throughout Jackson’s recent work, she explores oral testaments and local histories, through repurposed meteorological tools and site specific performances. In “Bentonville Forecast: In the Square” (2019) Jackson walks with a black weather balloon around a confederate flag in the middle of Bentonville, Arkansas. This action is choreographed by stitched conversations between generations of Black women, addressing the statue’s impact on their lives. Leaning towards cyclical narrative as opposed to linear, Jackson is invested in weaving poetic letters that avoid passive storytelling and embrace active testimonials. Visual, oral, and aural elements extend outward coalescing to make visceral, notions of belonging explored through a myriad of processes.

Ariel René Jackson (b. 1991) was born and raised in Louisiana. They currently live in Austin, TX where they completed their MFA at The University of Texas at Austin in 2019. Jackson is an alum of the Skowhegan School of Painting and Sculpture (2019) and completed an exchange program at the Royal College of Art in 2018. Their work has been shown at various galleries and institutions such as the SculptureCenter (2019); CUE Art Foundation (2018); Contemporary Art Center, New Orleans (2018); Depaul Art Museum (2018); Studio Museum in Harlem (2016), and RISD Museum (2017).

Known for her meticulous attention to the interaction of form, medium, and site, Divya Mehra’s (b. 1981) work deals with her diasporic experiences and historical narratives. She incorporates found artifacts and readymade objects as active signifiers of resistance or as a reminder of the difficult realities of displacement, loss, neutrality, and oppression. Mehra works in a multitude of forms, including sculpture, print, drawing, artist books, installation, advertising, performance, video, and film. Mehra has presented numerous solo exhibitions nationally and internationally, including her most recent national touring exhibition, Afterlife of Colonialism, a reimagining of Power: It’s possible that the Sun has set on your Empire OR Why your voice does not matter: Portrait of an Imbalanced, and yet contemporary diasporic India vis-à-vis Colonial Red, Curry Sauce Yellow, and Paradise Green (2018 - 2020) where both installation and title evolved as the tour unfolded, culminating with a presentation at the National Gallery of Canada (2022). Mehra’s work has been exhibited, screened, and commissioned by Creative Time, New York, NY; MoMA PS1, New York, NY; The Queens Museum of Art, New York, NY; MASS MoCA, North Adams, MA; The Banff Centre, Banff, AB; CCA Wattis Institute, San Francisco, CA; Artspeak, Vancouver, BC; Art Gallery of Ontario, Toronto, ON; Consulate General of India in New York, NY; Georgia Scherman Projects, Toronto, ON; and the Embassy of Canada in Washington, Washington, D.C, among many others. Mehra holds an MFA from Columbia University and in 2020 Mehra was the recipient of the Wanda Koop Research Fund. She is featured in a February 16 article in the New York Times.

Dolores Dorantes is an Acharya in the Buddhist tradition, a journalist, writer, therapist, poet, performer and sacred animal. She is a Mexican born in the mountains of Veracruz in 1973 but raised in Ciudad Juárez, right next door to El Paso, which is just across the US border. In 2011 she fled her country and was granted political asylum in Los Angeles. Dorantes is Black and Nahua indigenous from her mother’s side, Spaniard and mestiza from her father’s side. Recent books translated into English are The River, a collaboration with the artist Zoe Leonard, and Style. Her socio-cultural writings and political-social reflections, along with the majority of her books, are part of the commons at: doloresdorantes.blogspot.com. She believes in a United Latin America.