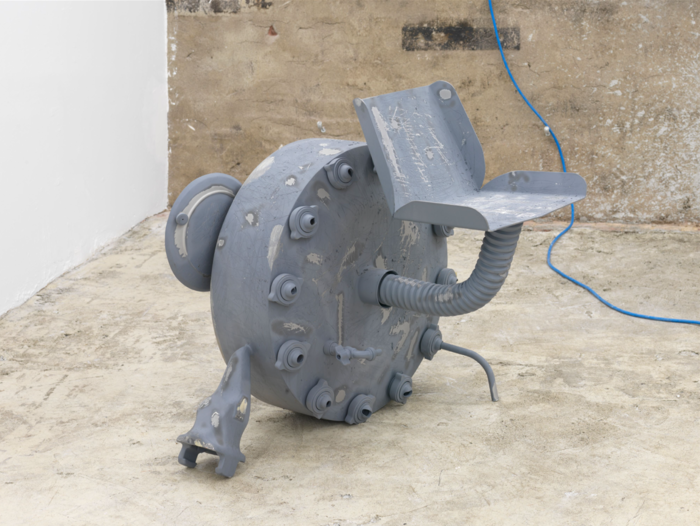 The 2022 Critical Issues Lecture Series takes place on Friday afternoons during winter quarter. It is organized by the School of Art + Art History + Design in collaboration with the Henry Art Gallery. The general public is invited to join degree-seeking individuals studying fine art in order to share ideas and raise questions about contemporary art. In addition to the public lectures, undergraduate and graduate students enrolled in ART 361/561 interface with the speakers in additional sessions.

Lectures are free and open to the public. They are held online at 12pm PST. Closed captioning is provided.

Dates link to the Zoom registration entry for online lectures.

Name links go to speaker information farther down in this news post.

All lectures are held at 12pm PST (Seattle time).

CFGNY began in 2016 as an ongoing dialogue between Tin Nguyen and Daniel Chew on the intersection of fashion, race, identity and sexuality. Joined by Kirsten Kilponen and Ten Izu in 2020, CFGNY continually returns to the term "vaguely Asian": an understanding of racial identity as a specific cultural experience combined with the experience of being perceived as other. CFGNY does not wish to represent what it means to be "Asian" in the singular; instead, it encourages the visualization of the countless ways one is able to be in the plural.

Andrea Chung (b. 1978, Newark, NJ) lives and works in San Diego, California. She received a BFA from Parsons School of Design, New York, and a MFA from Maryland Institute College of Art, Baltimore. Her recent biennale and museum exhibitions include the Addison Museum of American Art, Prospect 4, New Orleans and the Jamaican Biennale, Kingston, Jamaica, as well as the Chinese American Museum and California African American Museum in Los Angeles, and the San Diego Art Institute. In 2017, her first solo museum exhibition took place at the Museum of Contemporary Art San Diego, You broke the ocean in half to be here. She has participated in national and international residencies including the Vermont Studio Center, McColl Center for Visual Arts, Headlands Center for the Arts, and Skowhegan School of Painting and Sculpture. Her work has been written about in ArtFile Magazine, New Orleans Times, Picayune, Artnet, The Los Angeles Times, and International Review of African-American Art among others. Her work is included in collections such as the Museum of Contemporary Art San Diego, Rhode Island School of Design Museum, NoVo Foundation, Cleveland Clinic Art & Medicine Institute, Minneapolis Institute of Art, Davis Museum at Wesley College, Addison Museum of American Art, and the J. Paul Getty Museum.

0rphan Drift has explored the boundaries of machine and human vision, since its inception in London in 1994. The collective as avatar has taken diverse forms through the course of its career, sometimes changing personnel and artistic strategies in accordance with the changing exigencies of the time.

In its latest manifestation, 0rphan Drift considers Artificial Intelligence through the somatic tendencies of the octopus – as a distributed, many-minded consciousness.  Inspired by embodied cognitive science and radical anthropology, their multiple channel installations suggest possibilities in expanding and inhabiting other systems of perception and proprioception. They combine video, animation and text with newer tools such as LIDAR scanning to suggest new spatio-temporal formations and ask what kind of bodies might be possible with these new coordinates. Currently they are working toward deepening their engagement, involving direct encounters with octopuses and working with 3D animation and VR designers, an interspecies communicator and marine biologists. A major new collaboration called ISCRI (Interspecies Communication Research Institute) with Machine Learning Consultancy, Etic Lab, partnered by the Serpentine Gallery, London's Creative AI Lab, aims to develop an AI trained by its responding to an octopus reacting to video artworks and interactive 3D printed sculptures in a  Mesocosm ocean-like environment.

0rphan Drift works have been included recently in the exhibitions May the Other Live in Me at Laboratoria Art Science, Moscow; Monitor: Surveillance, Data and the New Panoptic at ICA Maine, OR; The Archive To Come at Telematic Gallery San Francisco; This Is A Not-Me at iMT Gallery London; 0rphan Drift and Friends, Public Records TV NYC;  Still I Rise: Gender, Feminisms and Resistance at Nottingham Contemporary, De La Warr Pavilion and Arnolfini, UK; Matter Fictions at the Berardo Museum Lisbon; Speculative Frictions at PDX Contemporary Portland Or; Eat Code and Die at Lomex Gallery NY and in the book Fictioning, The Myth-Functions of Contemporary Art and Philosophy, by David Burrows and Simon O’Sullivan, Edinburgh University Press, 2019. Solo exhibitions include If AI were Cephalopod at Telematic Gallery San Francisco and Unruly City at Dold Projects, Sankt Georgen Germany.

Catalina Ouyang's work engages object-making, interdisciplinary environments, and time-based projects to indicate counternarratives around representation and self-definition. Ouyang's work addresses how a subject orients in physical and sociopolitical space: what histories and discourses are inscribed on the body, how the body exists in contingency with architecture and bureaucratic structures. Through both expansion and fragmentation, Ouyang proposes the body as a politicized landscape subject to partition. Working gnostically with materials, ideas, and stories that over years they build relationships with, Ouyang also attends to critical reimaging of historical formation wherein monstrosity, animality, and toxicity act as ciphers for the psycho-affective alienation of the minor subject.

Critic and essayist Tobi Haslett has written about art, film, and literature for n+1, The New Yorker, Artforum, The Village Voice, and other publications.

Born and raised in Houston, Texas to Nigerian immigrant parents, Dozie Kanu initially intended to study film directing but shifted focus to production design for film and theatre, receiving his BFA from the School of Visual Arts, New York, in 2016. Dozie Kanu’s first solo institutional exhibition was held at the Studio Museum in Harlem in 2019.

Kanu’s research focuses on a concept of sculpture that looks into the limits of form, functionality, materiality and usefulness often filtered through a personal lens drawn from the artist’s lived experiences. His singular visual language criticizes western art history canons, subtly and elegantly revealing in the objects narratives involving colonialism and identity, focusing on their diasporic condition. His works resist classification and exist concurrently as communicative or performative objects. He has recently extended these inquiries into photography.

Anthony White is an artist and curator who lives and works in Seattle, Washington, where he is currently represented by Greg Kucera Gallery. He is a 2018 Cornish College of the Arts Alum, the first in his family to complete four years of professional training. White’s work consists of intimate and intricate portraits, still-lifes, and objects meticulously spun from common PLA plastic. His work blurs the line between fact and fiction and disrupts hierarchies of status and wealth by framing figures, trivial souvenirs, and low-brow accouterments in luxurious environments. After his most recent solo exhibition at Greg Kucera Gallery, and participation in a group show at KÖNIG Galerie Berlin in 2020, Anthony was named the recipient of the 2021 Seattle Art Museum Betty Bowen Award, the 2020 Neddy Painting Award, as well as a 2020 Fellowship Award from Artist Trust. White’s work is currently on view at the Henry Art Gallery for Queer Visibility, a dual artist exhibition, as well as the Frye Art Museum for their permanent collection exhibition, Recent Acquisitions in Contemporary Art. His latest curatorial project, In Crystallized Time, a 28 artist group exhibition, is also on view at the Museum of Museums through January 2022. White’s work is collected globally, privately and publicly, including the permanent collection of the Crocker Art Museum in Sacramento, CA. He is currently in preparation for multiple solo exhibitions nationally, internationally and institutionally, which are scheduled to open in 2022.