Operations and teaching are online. Current and prospective students: please visit our COVID-19 Updates pages. Faculty and staff are available via email.

What a summer it has been! Barely a day has passed without some reminder of the extra ordinary times in which we live. From the breathtaking phenomena . . . Read more 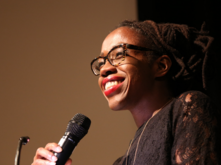 The School and the Jacob Lawrence Gallery are pleased to announce that Seattle artist C. Davida Ingram is the recipient of the 2018 Jacob Lawrence Legacy Residency. Read more 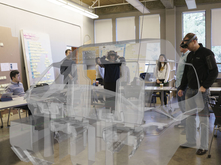 This past year, students in the Interaction Design (IxD) Program have explored the new possibilities of holographic interactions with a number of projects using the Microsoft HoloLens. Read more 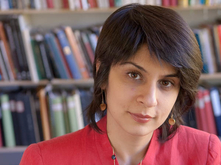 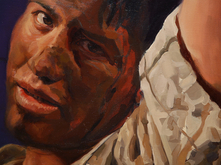 A painting titled Juan Jose by Arely Morales was chosen for the 2017 prize. The location in the HUB is being selected, so look for it during autumn quarter. Read more 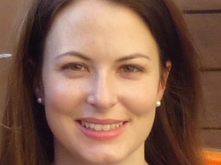 Lacey Baradel joins the Division of Art History in September 2017 as an Acting Assistant Professor (temporary) and holder of the Allan and Mary Kollar Endowed Fellowship. Read more 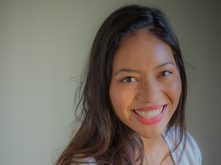 Every year the School experiences a variety of changes. As autumn quarter begins, here are the shifts involving faculty and staff since around this time last year. Read more

The Gallery is hosting two events this month:

In addition to the fabulous news above about the 2018 Jacob Lawrence Legacy Residency, the Gallery is happy to announce that all web content is now integrated into the School's website. Find them in the top right menu of every page or at jacoblawrencegallery.com.

Professor Emeritus Michael Spafford and his wife, artist Elizabeth Sandvig, are being honored by the Museum of Northwest Art with the Lifetime Contribution to Northwest Art award at the museum's September 13 Luminaries event.

The Smart Bins project from Design Professors Karen Cheng and Kristine Matthews is part of two competitions in which you can vote. The deadline is Friday, September 15! Use the stars to vote for Smart Bins in the UX Awards and NatGeo Chasing Genius.

The catalog for Painting + Drawing Professor Zhi Lin's exhibition at Tacoma Art Museum has been published by University of Washington Press. One of the authors is Rock Hushka (BA/BFA 1991), Chief Curator and Curator of Contemporary and Northwest Art at the museum.

Keep an eye on Slip Rabbit, a non-profit ceramics studio in Seattle, which is the brainchild of Senior Lecturer Timea Tihanyi. A 4Culture Tech Specific grant this year allowed for the addition of a ceramic 3D printer.

Art History PhD Candidate Lane Eagles had an article published in The Conversation this month: "How fashion adapted to climate change – in the Little Ice Age."

Anne Focke (BA 1967) is wrapping up her year as Alum in Residence. At the end of July she published a blog post summarizing the work of her interns along with separate posts by four of them: Karen Beech (BA 2017), Jessica Capó (BA 2017), Abigail Cloutier (senior), and Lizzie Trelawny-Vernon (British exchange student).

Gale Johansen (BFA 1981) was chosen as Artist of the Year by Schack Art Center in Everett and recently had a solo exhibition there.

See all the alums who participated in this year's Seattle Art Fair and concurrent events such as Out of Sight.

Last month, The Seattle Times had an excellent article about Nathan Vass (BFA 2009) and his work as a Metro bus driver. It mentioned his blog, The View From Nathan's Bus, and his supervisor (Paul Margolis, BFA 2006).

Eighteen of the artists in Familiar Faces & New Voices at Tacoma Art Museum are alums. See the list.

Read the summaries of June, July, and August news about alums that appeared in our social media.

With the start of a new academic year, be sure you are following our major channels.