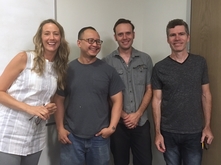 The School is happy to announce that our seven Instructional Technicians were nominated as a team for the UW 2018 Distinguished Staff Award. These staff play an integral part in the teaching mission of the School... Read more 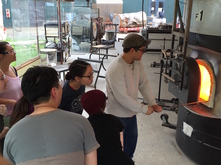 Join us on Tuesday, Feb 20, for the open house at our CMA Building. There will be much to explore in our ceramic, glass, and sculpture facilities; two galleries; and student studios. Read more 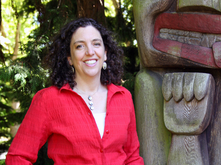 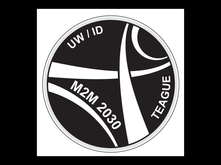 Collaborations and connecting coursework to professional practice is a significant aim of the Industrial Design Program. The DESIGN 445 course during autumn quarter 2017 is an example of just how powerful these collaborations can be. Read more Lucas Spivey has a background that is all over the map in the arts, and that is a good thing. He is now traveling all over the US map to help artists and other cultural entrepreneurs bring ideas to life. Read more 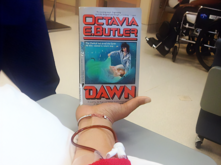 This 7-speaker series starts on Jan 11 and ends on Mar 8. It is free and open to the public. Sponsored by The Boeing Company and The Dale and Leslie Chihuly Foundation. Read more

Monday is a limited-edition journal produced by the Jacob Lawrence Gallery. Each issue is thematically driven, highlighting artists’ writings alongside other diverse perspectives on a particular topic. Volume 1 focuses on materiality and transformation, and it debuts on February 21. Read more.

A Book with No Pages, the exhibition of work by C. Davida Ingram, has been extended through Tuesday, March 13. Read more.

Big congratulations to Professor Emerita Patti Warashina for being selected as a 2018 USA Fellow in mid-January.

Erin Murphy (BDes 2013) was featured in a January article titled "A Designer with a (Mars) Mission" from the College of Arts & Sciences.

Eirik Johnson (BFA 1997) and Rodrigo Valenzuela (MFA 2012) are two of the artists selected for the current Henry Art Gallery exhibition titled The Time. The Place. Contemporary Art from the Collection. Students from UW Communications Leadership created a short video about Johnson.

The Schack Art Center in Everett has an exhbition titled Looking Back: Honoring 25 Years of Artist of the Year through February 24. Among our included alums are Gale Johansen (BFA 1981), James Madison (BA 2000), and Lisa Spreacker (BFA 1991).