It was a summer like no other. A reduced schedule of classes was all taught online and most staff worked remotely. Only a handful of faculty, staff, and graduate students were to be found in our buildings… Read more

Beginning this autumn, the Jacob Lawrence Gallery and School of Art + Art History + Design at the University of Washington welcome The Black Embodiments Studio (BES) as a resident program for the next two academic years. Read more 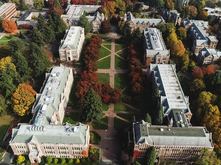 The School of Art + Art History + Design is excited to announce an opportunity for three faculty appointments, representing each division within the School. Application deadlines vary. Read more 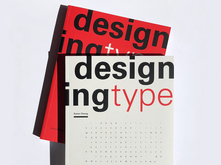 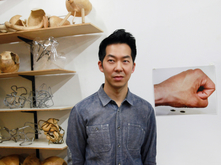 The School has seen changes in faculty and staff since last autumn. This include a few departures as well as three new staff and three new faculty members. Read more The School is proud to share this year's scholarship recipients. This includes awards to incoming freshmen / transfer students as well as those to continuing undergraduate and graduate students in all three divisions. Read more 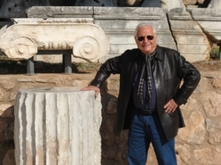 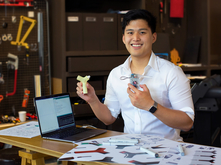 Congratulations to recent alum Thipok (Poom) Cholsaipant! His breath glucometer, AeroLyze, is winner of the US national James Dyson Award, and it is part of the competition for the international award from the James Dyson Foundation. Read more 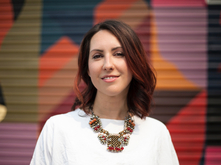 Benzikry received her bachelor's degree in 2005 with majors in Art History and Jewish Studies. After two years of graduate study, Benzikry returned to the Greater Seattle area to begin a career in curating and coordinating art projects. Read more 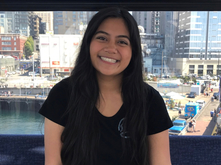 COVID-19 prevention efforts resulted in UW classes going online in March, and it is impossible to know when in-person classes will again be the norm. We asked a few students to write about their experiences in online classes. Read more 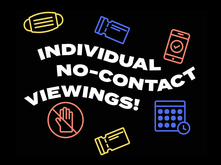 Beginning on September 30, 2020, visitors may again view exhibitions at the Jacob Lawrence Gallery. There are a few steps to follow in order to take advantage of this opportunity during the gallery's normal hours. Read more 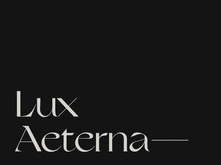 This year-long online research platform and exhibition traces and troubles the currents of technical migration and image circulation. It is curated by Jacob Lawrence Gallery Director + Curator Emily Zimmerman and produced in partnership with Northwest Film Forum. Read more 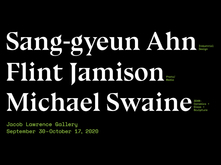 The Jacob Lawrence Gallery is pleased to present an exhibition that features work by three School faculty members. The exhibition runs from September 30 through October 17, 2020, and the gallery is reopening for individual, no-contact viewing. Read more

Interdisciplinary Visual Arts Associate Professor Curt Labitzke was featured in the September issue of University of Washington Magazine. The article contains a wealth of information about printmaking at home.

Art History Assistant Professor Kathryn Bunn-Marcuse is once again involved with Simpson Center funded projects. She is lead for Curating in Conversation, which will be a series of lectures presented by the Burke Museum's Bill Holm Center, and she is a co-organizer for Art at the Borders of the Political, which will be a variety of events during 2020–2021.

Photo/Media Assistant Professor Flint Jamison, in his role as board of directors president for Yale Union in Portland, had a part in the July announcement that Yale Union is ceding ownership of its building and land to the Native Arts and Cultures Foundation.

Visual Communication Design Professors Karen Cheng and Annabelle Gould were among a group of women designers invited to create posters for the AIGA Get Out the Vote campaign.

Art History MA student Abby Massarano has been named a 2020–2021 graduate fellow through the UW's Stroum Center for Jewish Studies. She also received a Foreign Language and Area Studies (FLAS) Fellowship to study Hebrew during this academic year. Read her article "Sephardic by birth, Massarano by choice" on the Stroum Center's website.

Marco Ammatelli (BA 2020) received a 2020 Bonderman Fellowship. We look forward to hearing about his travels in the future.

Edy Hideyoshi Horikawa (BA 1958, MFA 1961) turned 100 this summer and was featured in a Seattle Times article because he is a World War II vet.

Yvonne Petkus (MFA 1996) has taught at Western Kentucky University for twenty years. This summer she was named a University Distinguished Professor because of her impressive record of artistic research, teaching, and service.

Dillon Gisch (BA 2013), who is currently working on a PhD in classical archaeology at Stanford University, is a 2020-2021 Rome Prize recipient.

Stephen Bader (BDes 2014) and Alanna MacGowan (MFA Design 2010) both work at Microsoft Envisioning and are featured in the most recent UW Design Alum story.